Many claims are made about astral projection. We do not necessarily agree with them. It is up to you to accept or reject them.

Are out of body experiences and astral projection the same thing?

No, there is a subtle difference. Out of body experiences are involuntary. Most of the reported ones are claimed by people who have had near death experiences or who have been under the influence of drugs, either illegal ones or common ones such a strong painkillers and anaesthetics.

There have been so many of these that doctors recognise their existence but merely as phenomena that affect people who have gone through some form of mental or physical disturbance. The accepted view is that out of body experiences are merely our brains playing tricks on us.

Astral projection on the other hand involves a conscious effort by an individual to get the spiritual side that many of us accept that we have (some call it the soul) to temporarily leave the body to go on a journey of both inner and outer exploration.

Is there any evidence that out of body experiences truly exist?

There have been attempts in the past to study these phenomena seriously, but they have been hindered by the very random nature of OBE's. Common claims that they have taken place usually involve people who have been near to death but have recovered; so they are difficult to predict and they rarely last for very long. There are reports of people who have undergone surgery being able to describe the procedure that the surgeon has undertaken on their bodies, even though they have been heavily anaesthetised at the time; but apart from this it has not proven possible to set up a completely foolproof testing system.

Most medical professionals consider that OBEs allow people to escape, mentally, from stressful or dangerous situations by disassociating their spiritual selves from their corporeal bodies. In other words, it is the brain's way of protecting us from fear.

To look at human beings in a purely logical way; we are all composed of a collection of chemicals, arranged into cellular structures. Yes we do feel emotions such as love, fear, achievement, apprehension, contentment. These however are the products of chemicals which are released into our bodies via signals from our brains. In effect we are, again to put it into the most simple form, merely machines albeit highly complex ones. We have bodies that we can look out from, think with, experience physical sensations with. However, possibly the most important question that the human race could answer is: is our spiritual side an inseparable part of this bundle of living cells that we are composed of? Or is it a completely separate entity, that cannot be hurt, destroyed, or interfered with in any way? If the answer is yes we may well have eternal life after death, and if it is no then this existence we have at present is probably the sum total of our consciousness.

Why are so many people fascinated by out of body experiences?

The fear of ultimate death is within most human beings. We find it hard to accept that one day we will die and our very existence will come to a permanent end. If it is true that our spiritual selves can detach from the body and float above it this suggests that we all do have an immortal soul which may survive the physical death of our bodies. Finding out for certain whether or not we possess spirits which could never die, could have an immense and unpredictable effect on humanity and have incalculable consequences for many of our deeply held beliefs, including those of religion.

What are the basic beliefs of astral projection?

Many people believe that with experience it is possible for the spirit to leave the body and roam freely on an astral plane. This is a region that is said to be inhabited by the spirits of those who have died, but which is still accessible to those who have the knowledge and experience to visit it, even though their physical body is still alive.

On the astral plane distance is no problem. Adepts can visit earthly locations at will and even watch the actions of human beings many thousands of miles away. Converations can be had with others on the same plane who can reveal forgotten wisdoms. It can be a dangerous region though, since not every spirit there is benevolent; but those with a pure heart and who take certain precautions have nothing to fear from them.

I am a scientist and I have been taught to dismiss nothing out of hand. Beliefs can become hypotheses; in other words, a possible explanation of how things may come to be; they then progress to theories when some strong evidence is provided to support them. Not everyone takes this view however.

I met a person some time ago with strong religious beliefs. I used logic to challenge these beliefs but this person claimed to have faith; and so no logical argument would prevail against this. I confess this went against my own beliefs; but then, again as a scientist, I cannot refute this faith completely with irrefutable evidence.

There is a saying that correlation is not causation. This means that just because two events occur at the same time neither of them is, necessarily, the cause of the other. As an example; a few days ago I was shown an untouched photograph of a container ship seemingly covering above the sea. This did not prove that ships can fly - although perhaps they can - since a more likely explanation lies in the fact that light bends when it passes from colder air to warmer, and vice versa. It was far more likely to have been an optical illusion.

In the same way, people who are convinced that their spirits have visited strange faraway places and conversed with the long dead may well be right. Indeed it is said that the American government has conducted experiments to see if it were possible to spy on potential adversaries in this way.Their findings however have not been released, perhaps hardly surprisingly.

How could astral travel be proved?

There is one way that could indicate that, yes, astral travel is possible. Artifacts or texts could be placed above a 'traveler' in a position that was visible only by someone hovering overhead. Astral plane travellers could agree to allow their spitits to see these items from above and describe them. I know of no single instance when this experiment has been conducted successfully.

So: on the balance of probabilities I have concluded that entering the astral plane is probably not achievable, and that the sensations that people have as a result of 'out of body experiences' is most likely a result of the inner workings of their brains. Or perhaps not.

If you look for the cheapest car insurance online then you will be bombarded with ads for 'no deposit' car insurance. The problem is, like a 'deafening silence' or the 'living dead' it simply doesn't exist!

Of course you can buy LOW deposit insurance through websites such as Prudent Plus car insurance or (the perhaps incorrectly named) Hello Safe but this is not the same. So why do so many insurers offer it?

Under UK law a contract (which is what an insurance agreement is) needs what is known as a consideration (in other words something back in return; usually money) to be legal. In other words, if the insurer didn't get some money upfront it would be completely unenforceable and so worthless. Result? You HAVE TO pay something upfront.

So why do sites advertise 'no deposit' policies?

Simple. It's because people, who don't know it doesn't exist, search for it on Google. Enterprising website owners noticed this and started offering it in a ploy to get people who search for this term to visit their sites and get quotes for car insurance. Most of these visitors give up in disgust when they realise that every offer requires an upfront payment and go elsewhere (only to get exactly the same result) but a proportion of them do indeed buy a policy.

So, this is how a completely non existent product has become one of the most popular search terms on the Internet!

Looking for romance? Over 50? 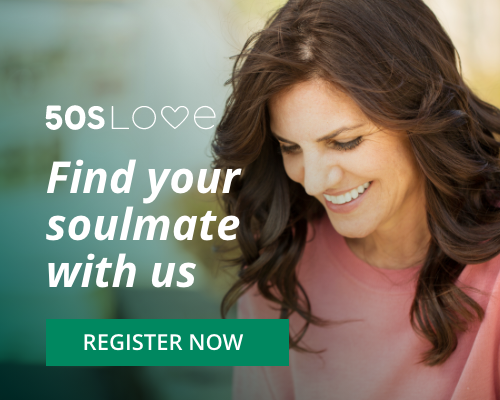 This website is for informational purposes only. We are merely recording the views of other people about astral travel. We neither agree with, nor disagree with many of the claims in it but we must warn that if you attempt any of the practices described in this site you do so at your own risk.